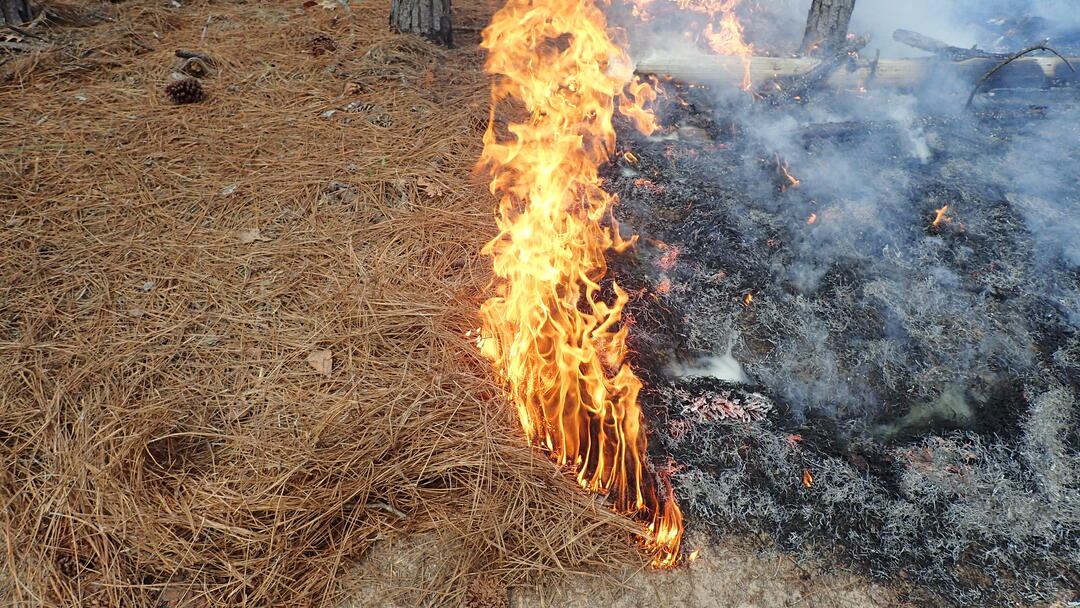 Before the timber industry spread across the southeast, this region used to have 90 million acres of Longleaf Pine savannah. How did such a habitat survive without being overgrown by other trees, such as the ever populating Sweet Gum? Trees like the Longleaf Pine relied on something else to deal with the competition.

Lightning strikes causing small patches of seasonal wildfires used to be common. Such events cleared away trees competing with the Longleaf for space, keeping regions open to fill in with grasses and wildflowers. These habitats were preferred by species well adapted to the pines and open spaces, such as Red-cockaded Woodpeckers, Northern Bobwhites, Whip-poor-wills, and Fox Squirrels. However, with the introduction of modern development and industry, natural fires were no longer allowed to sweep through areas. This allowed other plant species to fill in, creating denser forests.

Generations of this resulted forests loaded with "fuel" (i.e. anything that can burn, sticks, leaves, pine needles, etc). The more fuel available, the stronger the fire. Instead of fires burning through quickly and going out quickly, they raged hotter than ever before, killing more plants than in the past and creating a greater hazard for anyone living nearby. With the increasing temperatures brought on by climate change, the length of the fire season has increased significantly across much of the country, so the heat of fires are being increased both by the overabundance of fuel and higher temperatures. A fire that is too hot can sterilize the soil, resulting in what is called "moonscaping." It kills all of the plants stabilizing the soil with their roots, which then results in erosion.

In order to prevent more dangerous fires, and to maintain a balance for trees like Longleaf to become established again, prescribed fires are used to simulate the passing of natural fires. Regions are surrounded by firelines to discourage fires from jumping, and on days when the weather is ideal, flames are set and monitored in case they do decide to jump their boundaries. With our efforts we are creating stable grassland and Longleaf Pine habitat to benefit the critters like the Red-cockaed Woodpecker whose habitat has been greatly diminished as a consequence of our collective actions.

If you are interested in volunteering to help with prescribed burns and other land management efforts, please email our Land Manager, Mark Musselman, mark.musselman@audubon.org.

Looking to offer a helping hand? Sign up for our volunteer updates! 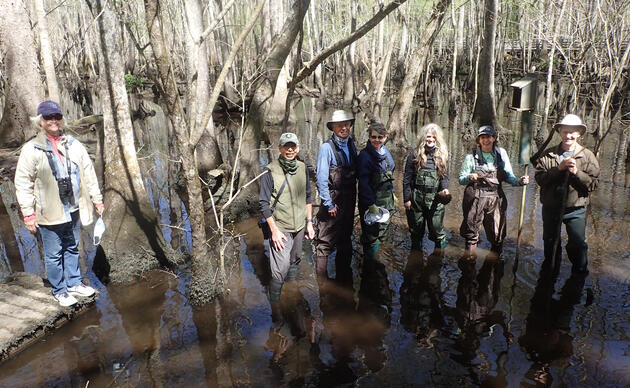